performed by Andrea Chenoweth and pianist Donna Loewy:
(Apologies for the last couple of seconds missing from each song; recording error.)
"I Waited All Night" performed by mezzo-soprano Jessica Timman-Schwefel and pianist Scott Gendel:
composer’s note: Marichiko is an imaginary female Japanese poet, invented by Kenneth Rexroth. Rexroth, a prolific and brilliant translator of verse from Asian languages (as well as a great poet in English) published 60 of her poems as “translations” and fooled quite a few people before the world realized that Rexroth wrote the poems himself. But the way in which he fully inhabits his invented character is quite astonishing. Marichiko’s love poems are brutally intense, every emotion expressed as concisely and cuttingly as possible, in simple incisive language.

I chose 13 of those poems to set to music, arranging them in order from anticipation, through passionate love, into the breaking down of that love, and finally settling on absence and heartbreak. These songs could be sung as a cycle, in order, but also are meant to stand on their own so that a singer could mix & match them to create a set that suits her needs. The songs are miniatures, like Rexroth’s poems, cutting right to the emotional heart of each text in a quick musical outburst, full of high-stakes drama and fierce inner fire. 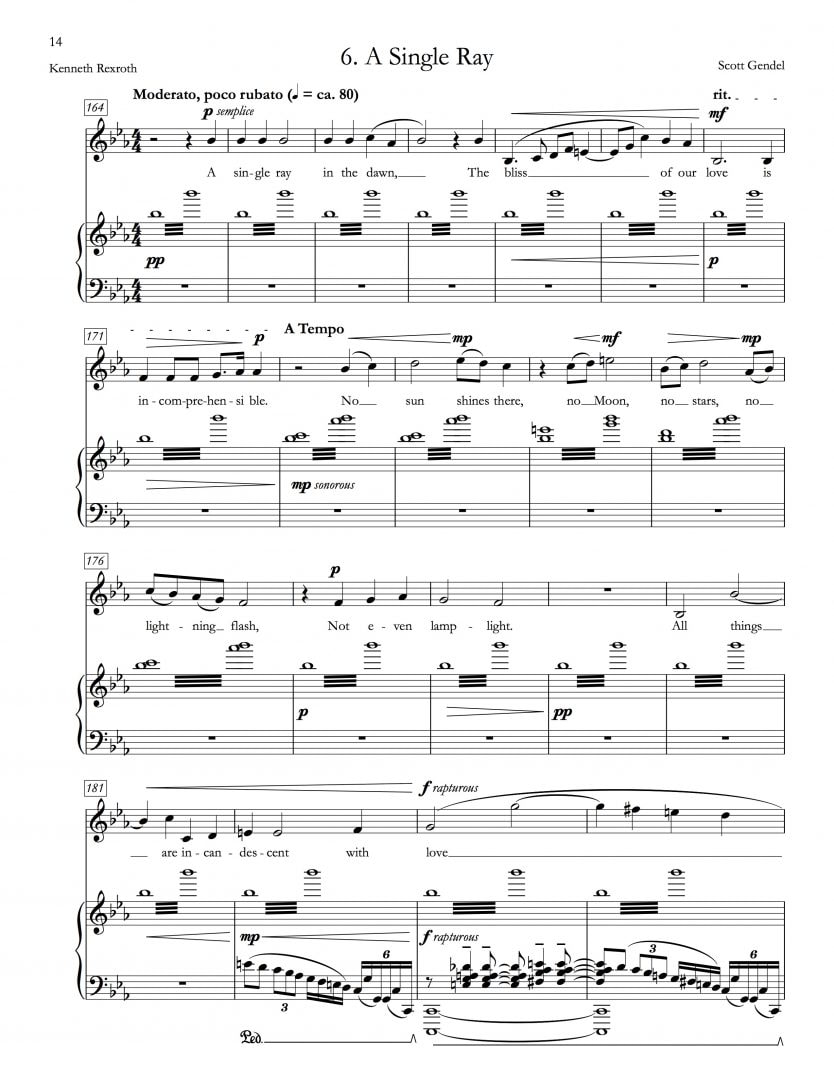