performed by the University of Wisconsin-Madison Madrigal Singers, dir. Bruce Gladstone:
composer's note: “The Premonition” was written as a companion piece to "Now Blue October," which was the first piece I had ever written for mixed choir. I wrote these works as I was discovering the beauty of Renaissance choral music, and while their harmonic language is distinctly romantic, full of chromatic complexities and unexpected tonal shifts, they’ve got a LOT of the “text-painting” madrigalisms that I find so fascinating in the works of Monteverdi, Gesualdo, and other Italian Renaissance composers. In this way, “The Premonition,” more than almost anything else I’ve written, is a modern American take on the Renaissance motet. The “ripples” in the poem ripple out through the choir. When the narrator is “lost in a maze” the counterpoint becomes incredibly dense and confusing to the ear. The “walking” in the poem is portrayed by a steady rhythmic figure that walks along beneath the text. By the end of the piece, “The Premonition” goes in many different musical & textural directions, following the text wherever it may lead, but always coming back to the same “walking” idea. This creates a dramatic arch that’s easy to grasp, despite being made of such a diverse musical patchwork. 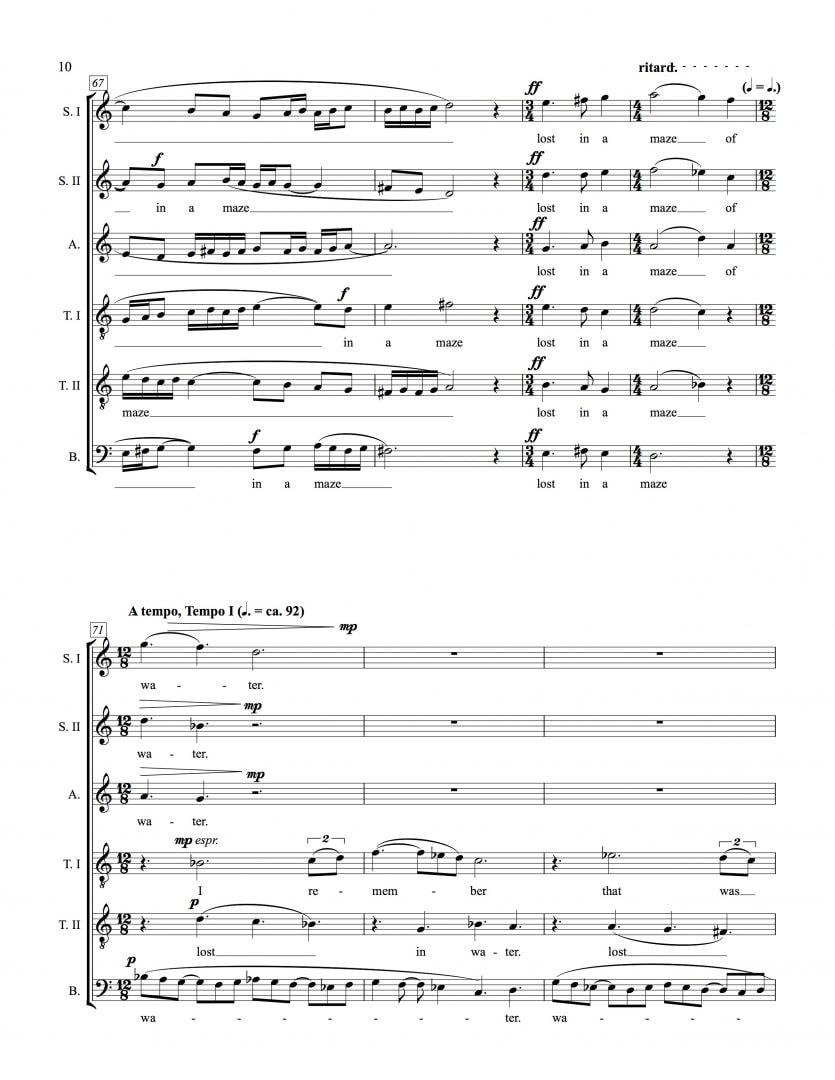