selections performed live (rough recording) by soprano Brenda Rae with the composer at the piano:
composer’s note:  I first discovered Paul Violi’s poetry in an anthology while browsing a bookstore about 10 years ago. I laughed so hard and smiled so much that I grabbed a pen and transcribed the poem onto a piece of scrap paper right then and there (as I was too poor at the moment to simply buy the book). That poem was one of the first I ever set for voice and piano, and while my setting of it seems clumsy now, the poem still makes me grin. It took a while for me to re-discover that silly joy, but a few years ago, in the University of Wisconsin-Madison Library, I decided to see what else I could discover of Violi’s work. In the end, I miraculously found a rare book called In Baltic Circles, which was published in the 1960s by a tiny independent press that never existed for more than about a year. I was once more moved to laugh out loud in an inappropriate place, and it was then that I had the idea to translate his sense of humor into song, this time more successfully (at least I hope so!).

I wasn’t sure how to get permission from that extinct publisher to set Violi’s poetry, so I almost gave up. But then, on a whim, I found his email address on Google, and we were soon in touch, and he loved the idea. Just a few months later, Paul Violi was buying me a drink and laughing about my songs, being the fine upstanding gentleman I had hoped he was. His poetry is hysterical but subtle, and always smart; I hope you’ll find these songs to have those same delightful qualities. 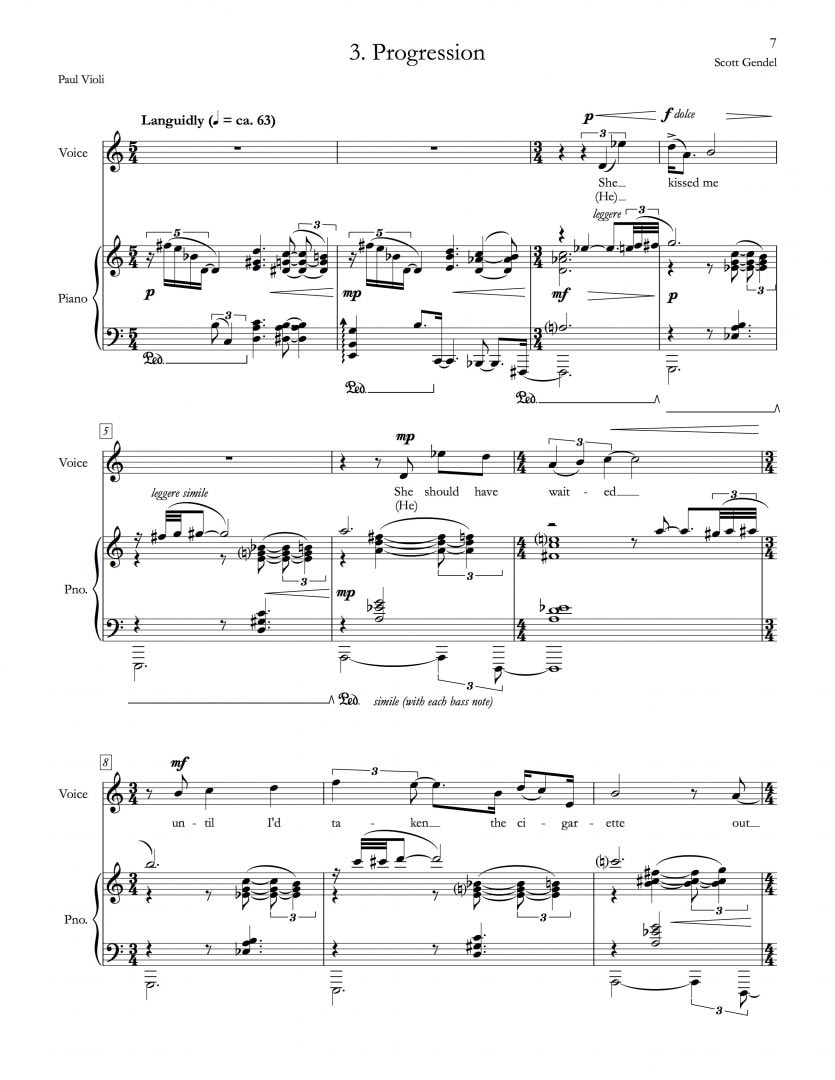