What We Did Not Know

1. A Feather In Times Square
2. As You Leave the Train
3. Cnidarian
4. What We Did Not Know
5. Starlight at Canaan

“What We Did Not Know,” performed by Nathan Stark and David McDade:
"Starlight at Canaan," reading session:
buy the score:
published by Classical Vocal Reprints
purchase PDF download

composer’s note:  One of the very first American art songs that I ever fell in love with was Chris DeBlasio’s heartbreaking “Walt Whitman in 1989,” with words by Perry Brass. That song had a profound effect on me the first time I heard it, and still brings tears to my eyes. Twenty years after that song made its mark on history in 1992, as part of the original AIDS Quilt Songbook, I was honored to have my piece “At Last” featured as the final song in Sing For Hope’s AIDS Quilt Songbook @20 concert at Cooper Union in New York City in 2012. A few days after that concert, I received an email from Perry Brass, who had attended that performance, asking if I would like to collaborate on a song cycle. I was, of course, overjoyed to get the chance to work with Perry, and “What We Did Not Know” is the result of our long-distance collaboration.

The thing about Perry’s poetry that immediately jumps out at me is its lack of distance, its refreshing earnestness. There’s something disarming about his poems, the way they speak huge truths about humanity in such an open, heart-on-sleeve way. In writing “What We Did Not Know,” I sought to mirror those qualities in my musical choices. So these songs unabashedly bring catchy melodies to the forefront. The songs’ emotional climaxes are approached boldly, without artifice. And any time I was tempted to add a layer of ironic distance to a moment, I chose not to. For instance, it was incredibly tempting to make the New York City references in “A Feather at Times Square” sound dirty or gritty, to match the subway station in which the song takes place. But the more I thought about it, the more I wanted the song to transcend that environment, to be focused on a moment of beauty and clarity, not on the dingy world surrounding that moment. By doing that, my setting of this poem loses a bit of realism, but gains a sense of open-eyed wonder that leaves the grime of the world behind.

My hope is that by creating bold, dramatic, open-hearted musical settings of Perry’s wonderful poems, these songs will have the same immediate effect on the listener that Perry’s poetry had on me when I first read it. My goal is to create a disarming sense of directness, songs that go right for the heart of the matter instead of cleverly concealing it. I hope you enjoy “What We Did Not Know,” with an open mind and an open heart. 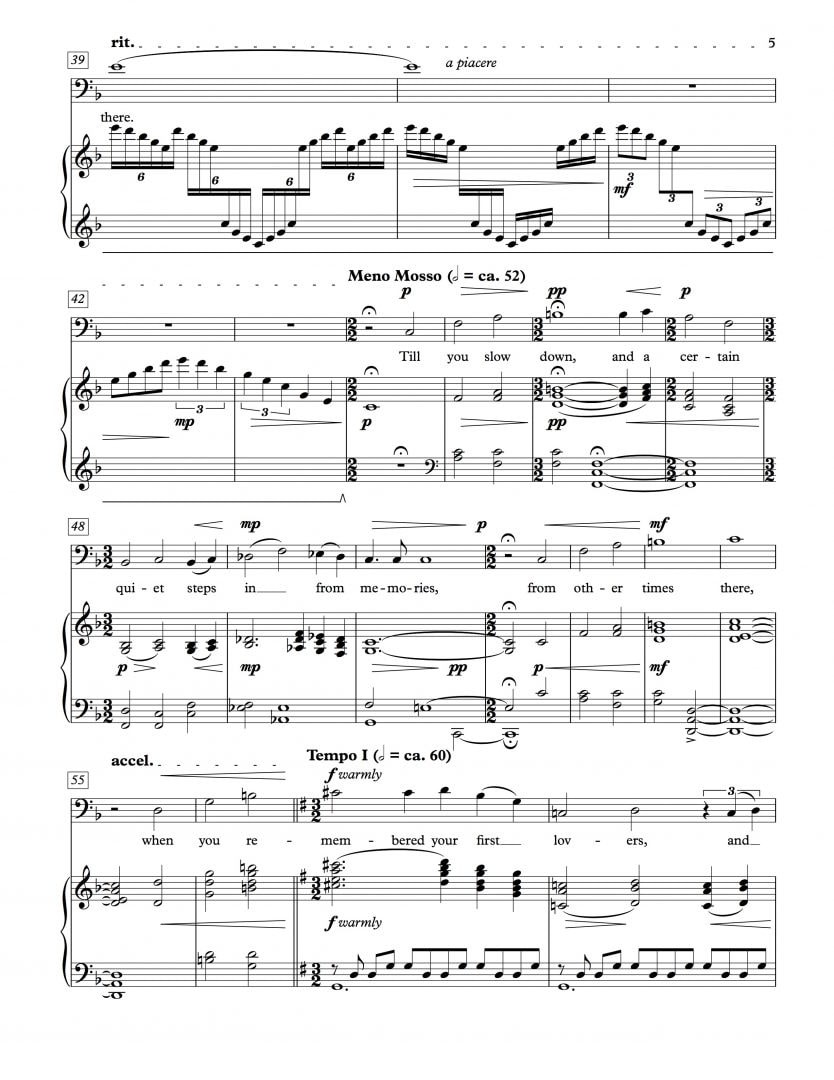