performed in a reading session:
buy the score:
published by the Tuba-Euphonium Press
purchase from sheetmusicplus

composer’s note: “Effusion” was written to show off the huge range of the tuba, not just register-wise, but in the range of styles the tuba can travel between. It was inspired, in part, by the low-brass music of the French conservatoire, which incorporates jazz into essentially neoclassical textures in fascinating ways. But it also takes inspiration from funk bass lines, from romantic German art song, and from the crashing cacophony of the American avant-garde.

The piece starts as a contemplative song with plush, rich harmonies, but slowly picks up steam, adding more rhythmic drive, faster tempi, and more dissonance as it goes along, before arriving at a driving funk-inspired texture about halfway through the piece. That funk texture pushes itself to a kind of breaking point, where the constantly forward-moving nature of the piece dissolves. After a tuba cadenza, the music returns to the opening song-like material, but in a more uneasy, fractured way that reflects the long, strange journey the piece has taken. In that way, “Effusion” follows a classic dramatic arc from start to finish, but also feels like an improvisation, where the performers can’t resist following capricious ideas and gestures wherever they might lead. 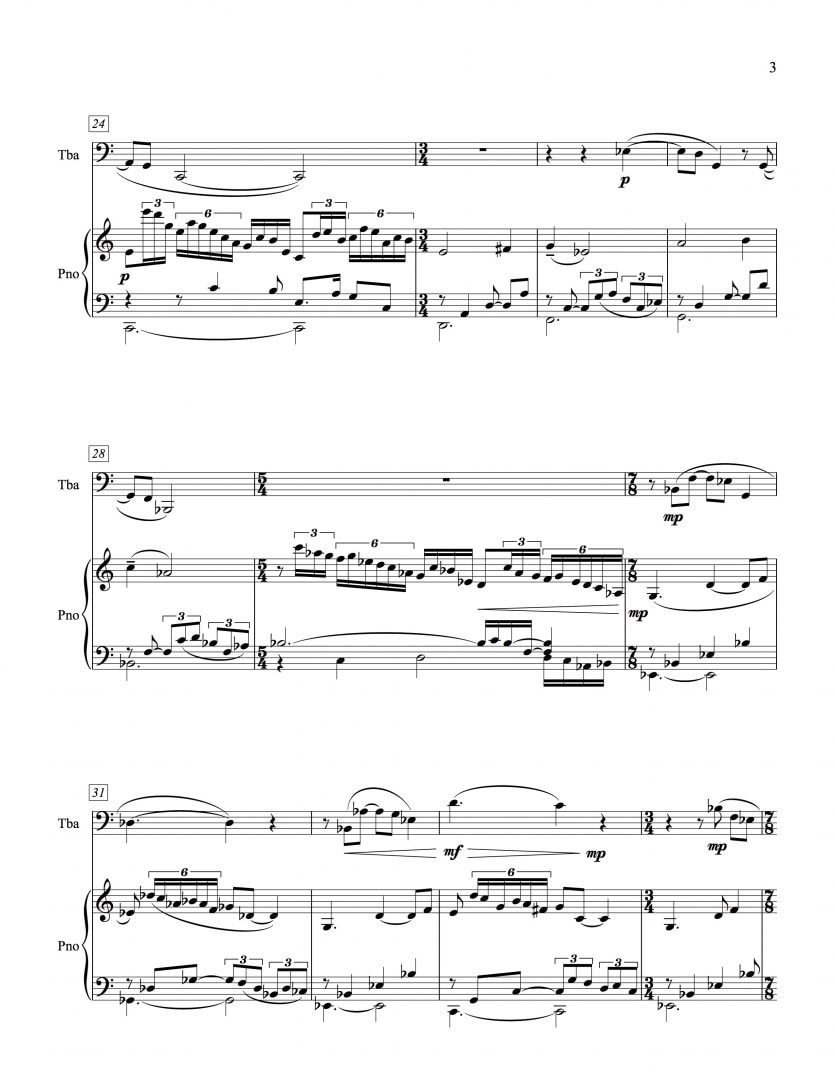