composer’s note: The slow movement of my Fantasy Pieces for clarinet and piano was one of the first pieces in which I sought to adapt the sounds of minimalism into my own musical language. That work is an effective miniature, but I felt like the music had more to say, more directions in which it wanted to travel. This piece, “Elder Tree,” is the result of that development. The piece is about 13 minutes long, and is based on a rhythmic figure in groups of 13. This irregular number gives the whole piece an uneasy feeling, even while its basic sound is pure and beautiful. It begins as a quiet meditation for unaccompanied viola, moves into a swirling texture (derived from the clarinet piece), and then that texture opens up, blossoming into an intense rhythmic drive, which slowly winds its way back into meditation and calm. In this way, it takes some sonic ideas from minimalism, but allows their repetition to create dramatic tension, and to evolve into full-blown romanticism by the climax of the piece. So, “Elder Tree” acts as something like a single slow wave, taking a single melodic & rhythmic figure and following it as it grows and evolves into an intense dramatic work, one that uses those 13 minutes to slowly build from nothingness into intricate theatrical shapes. 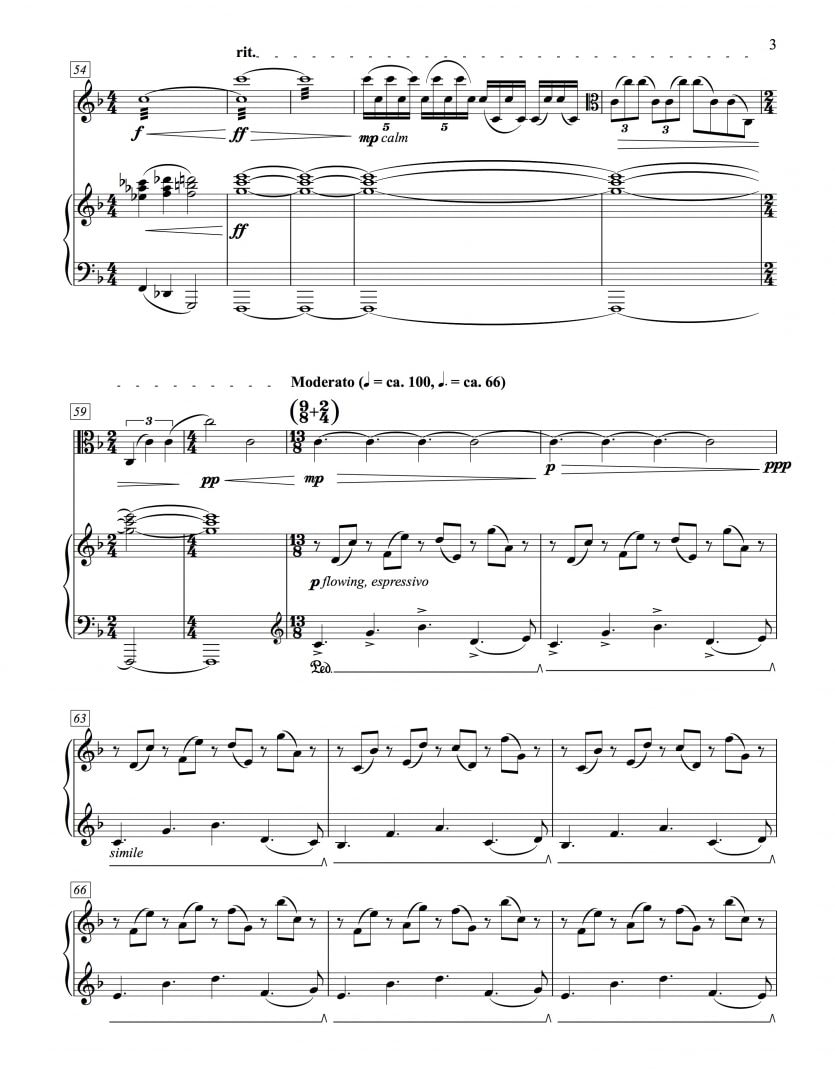