composer’s note:
When New Music New York asked me to write a piece for a moon-themed concert, I went to the library and dug through books of poetry, looking for interesting poems about the moon. When I came across Dorianne Laux’s “Facts About the Moon,” my heart practically stopped. Laux’s poem begins with simple facts about the moon, as advertised, but soon those facts take on an emotional tenor, and then that emotional journey takes on a life of its own and becomes a metaphor for all our relationships in life, for abuse and agony and pity and pain and love that carries on despite all those things. It’s almost like a magic trick, the way in which a simple poem about the moon turns into this huge emotional outpouring without the reader noticing until it’s too late and we’ve been sucked in.

So in setting this marvelous poem to music, I really just wanted to illuminate that journey. “Facts About the Moon” begins with a hypnotic melody that winds its way through all 12 tones of the chromatic scale while creating an eerie mood. That melody is repeated many times in different forms, in a way that slowly opens the door for operatic drama, the same way that Laux’s poem slowly opens up. As the piece continues, the drama becomes increasingly overt until, by the climactic moments, we’ve moved from simple melodic repetition into nearly-atonal percussive thrashing, before pulling back into a devastating, heartfelt coda. My hope is that this form illuminates the same form lurking in the poem, bringing the listener on a journey from simple declamation of text into shattering emotional intensity. 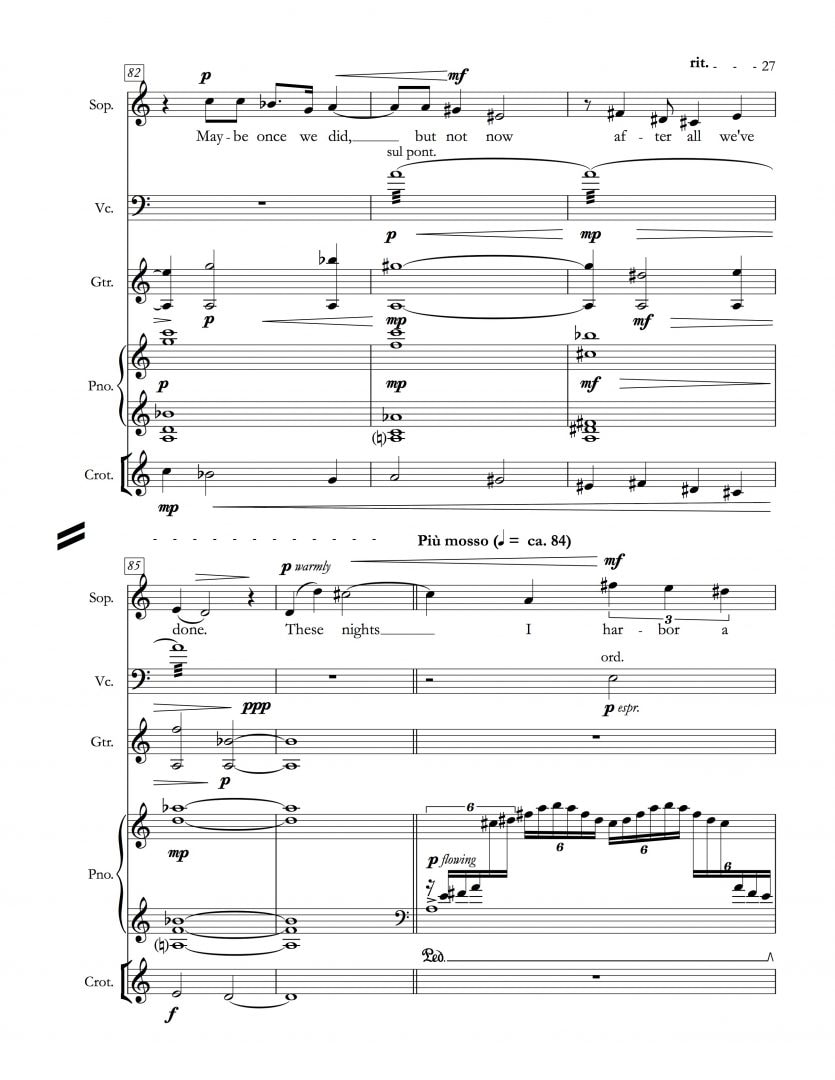