composer’s note:  Kenneth Patchen has long been one of my favorite poets, both for his beautiful sense of imagery and for his passion and righteous anger. During the Vietnam War, many poets wrote of the injustices of battle, but Patchen wrote scathing anti-war poems during World War II, a war that we rarely think of today as unjust. Patchen felt (as many people have felt in recent years) that his country had betrayed him, and that the war was destroying all that is good and magical in the world. He saw war not only as an attack on one’s fellow man and woman, but an attack on love, an attack on honesty, an attack on decency.

​In the midst of his outcry, Patchen saw fit to begin each of his books of poetry with a short love poem dedicated to his wife and fellow activist Miriam. These extraordinary dedications are unabashedly lovely, and I find them to be particularly touching in the context of Patchen’s fierce and intense poetic world. It occurred to me a few years ago that we could use some simple love songs in these complex times.

(reviewed in the NATS Journal of Singing) 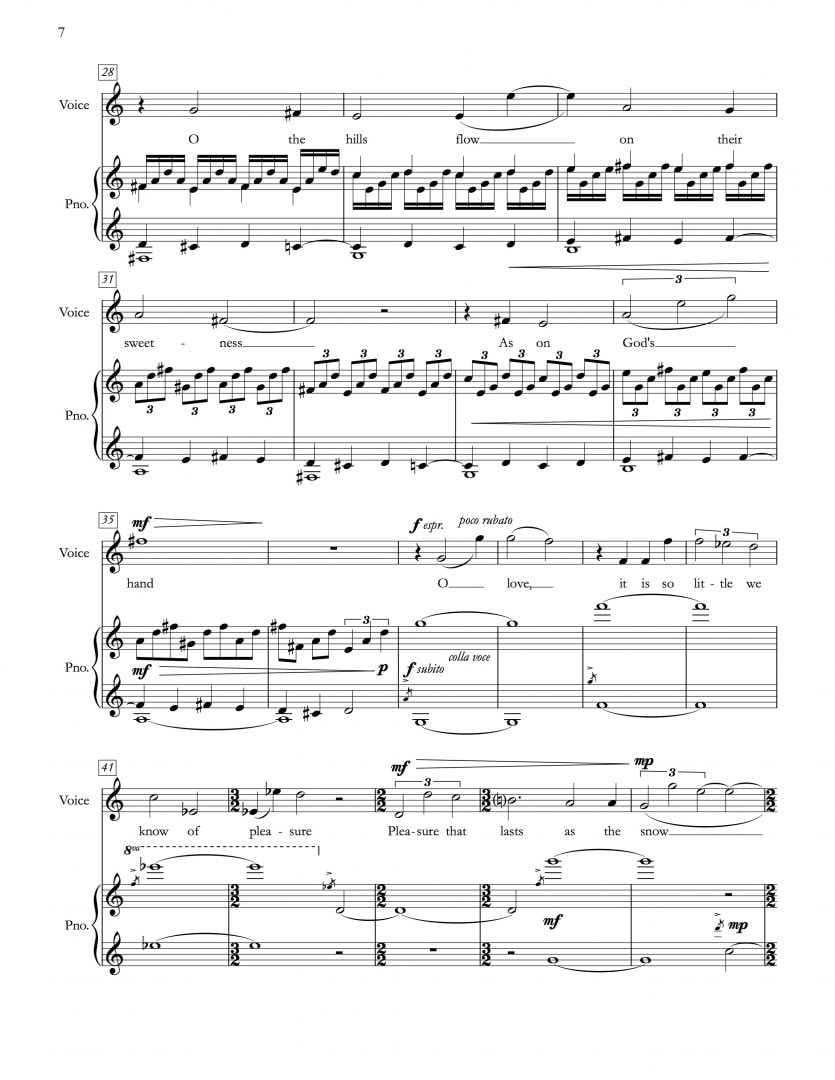