for 2 harps, 3 percussionists, and piano; 7' (2011)
(commissioned by the Rockford Symphony Youth Orchestra)

listen:
composer’s note:  “Heat Lightning” was written for a very unusual collection of instruments, which happened to be the “people who need more to do in this concert” portion of the Rockford Symphony Youth Orchestra. But one of the delightful thing about this combination of performers is the way in which all these instruments are percussive by nature. This leads to a sound that reminds me of pop music as much as “classical” concert music, in that all the tones decay immediately after sounding, as guitars, plucked bass, and drums do. So I took structural ideas from pop music as a starting point, and from there orchestrated a giant crescendo of sorts, from simple melody & accompaniment to complex textures with intricate countermelodies. I also introduced an interrupting figure that continually cuts off the musical phrases until finally edging its way in and becoming the climax of the piece. By the end of this battle between “pop” and “classical” sounds, between long melodies and interrupting percussion, the floor is suddenly pulled out from under it all; the last two minutes of the piece float eerily, almost as if in shock after the huge crescendo that just took place. 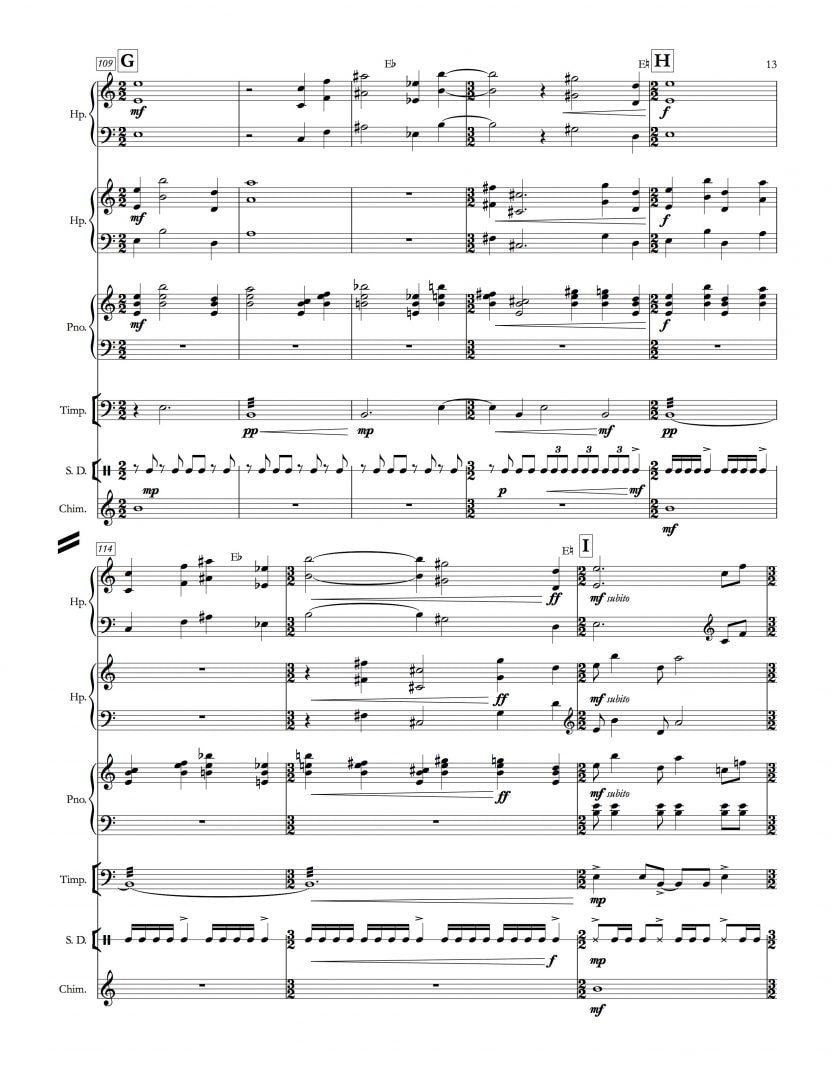