for 9 independent youth choirs, violin, cello, piano, and percussion; 13' (2008)
(commissioned by the Madison Youth Choirs for their 5th anniversary)

​
composer’s note:  “Invocation to the Muse” and “Persephone’s Spring” were written for a huge theatrical production, with 300 children on stage together, to celebrate 5 years of the Madison Youth Choirs, entitled “Greek to Me,” and based on the story of Persephone and Hades. Each of MYC’s nine performing choirs was performing different repertoire over the course of the evening, but I was given the delightful task of writing a show-opener and show-closer to feature all nine choirs singing simultaneously. The very youngest choirs were given very repetitive (but still interesting) parts, while the oldest choirs were split into more voices, and given more challenging parts.

“Invocation to the Muse” begins with one young solo voice, imploring the muse to “teach me to sing.” Little by little, more voices are added, until all 300 singers are address the muse together, in lush counterpoint. “Persephone’s Spring” depicts the blossoming of springtime through rippling layers of choral voices, each springing forth from the last. The overall effect of these two pieces is that waves of sound wash over the audience, the voices of 300 children combining in beautifully complex ways to create thick, luscious textures that still feature at their center the important sound of children’s voices telling a story. 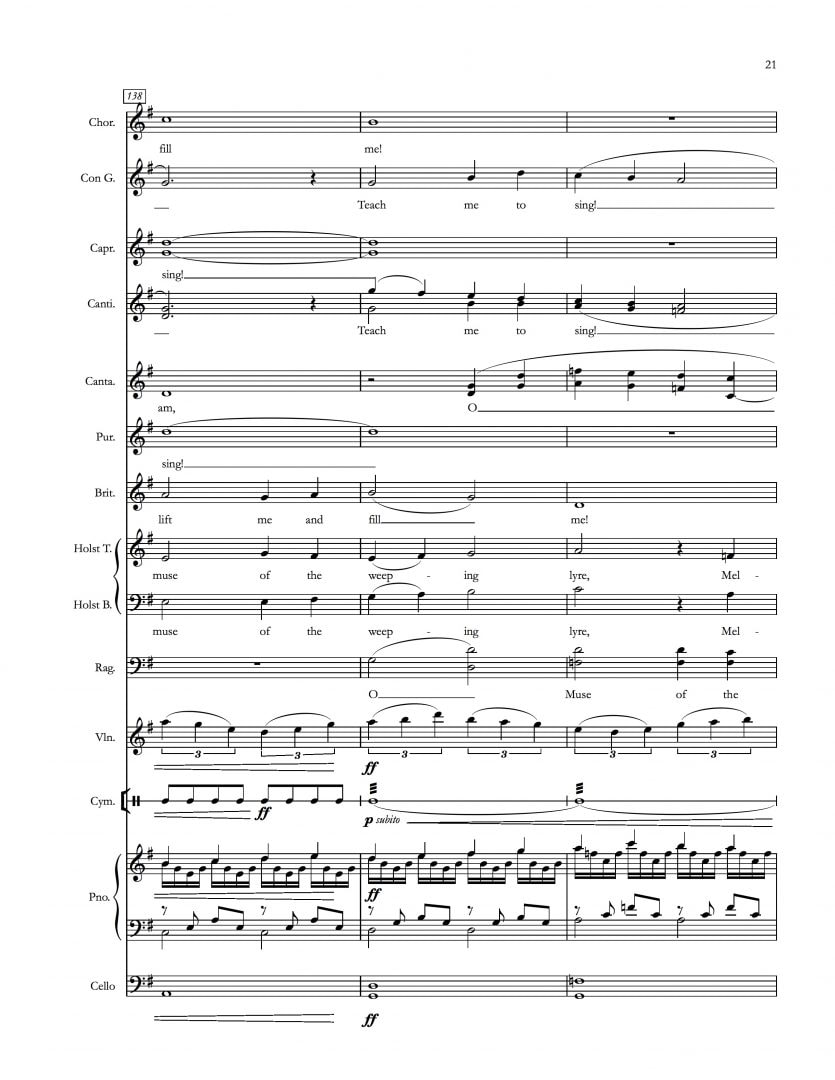