“Caro Mio Ben,” performed by Robert Matthews, tenor and Scott Gendel, piano:
​selections from the set, performed by various singers & pianists:
composer’s note: The classic “Twenty-Four Italian Songs and Arias” book has always been both a love and a frustration of mine. The Baroque-era melodies in that standard vocal teaching volume are charming and wonderful, and I find much of the poetry to be surprisingly moving. Yet despite my sincere admiration for the songs, I must admit to often being bored during their performances, having listened to, sung, and accompanied most of them many times over. That boredom inspired me to begin an ongoing long-term project to compose new arrangements of some of these 24 standards, 8 of which make up this set of songs.

In these arrangements, I have kept the original melodies intact, to retain the wonderful melodic contours, elegant text-setting, smart composition, and singability of these classic songs. The role of the piano, however, has been altered, sometimes drastically, so that the compositions can express different aspects of themselves. These new accompaniments incorporate many different compositional styles and techniques, inviting the listener to hear how these old chestnuts fit into a variety of contemporary contexts, always driven by the text. By highlighting facets of the poems that tend to get lost in the traditional settings, the singer can explore new approaches to the songs, and new meanings can emerge.

My intent is not to parody these songs or ironically distance the listener from them; rather, I seek to sincerely re-interpret them in new and exciting ways. It is my hope that the charm of the original melodies co-existing with my new settings will allow the resulting songs to be immediately appealing, musically complex, and intellectually rewarding, even to a listener not familiar with the original songs. 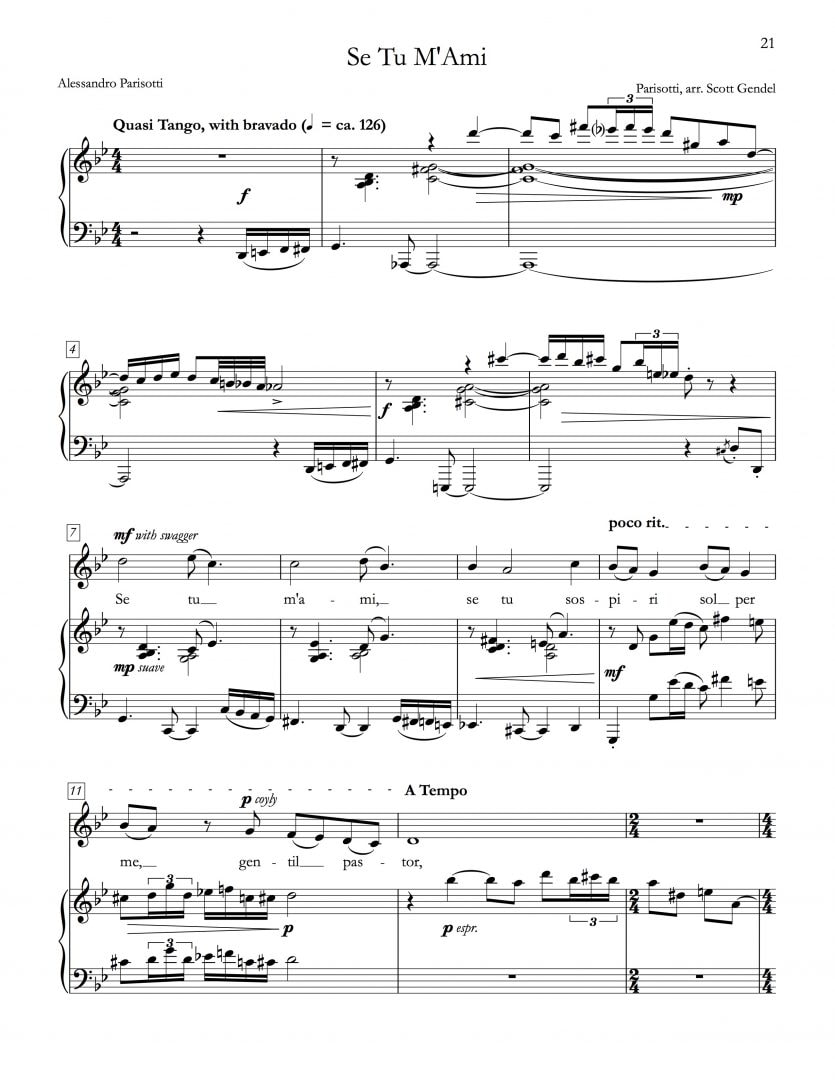