composer’s note:  “Patterns” began as an assignment from one of my composition teachers. He gave me an unusual sonority (the chord struck by the piano just before the singer shouts out “Christ!” near the end of the piece) and asked me to use it as starting material for a musical composition. The chord had such tension in it, to my ear, that I chose Amy Lowell’s powerful, devastating poem “Patterns” as the text for the resulting work so that I could highlight that tension. In preparing to write this piece, I rearranged that one sonority into a 12-tone row (which unfolds through the piece in a surprisingly “tonal” way), a series of lush chords, a slowly-unfolding vocal melody, a melancholic harmonic progression, and numerous other treatments. All of these different ways of deconstructing a single sonority allow the piece to portray the myriad “patterns” against which the narrator is fighting, the patterns that dominate her life and restrict her freedom.

The more I worked on it, “Patterns” came to life much larger than the assignment from which it sprang. The result of all that intellectual game-playing with the sonority assigned to me was something much more organic and operatic, this dramatic scene for mezzo-soprano, flute, and piano.  The song unfolds dramatically, painting a vivid picture of the dark side of Victorian life, bound by societal roles, bound by corsets, bound by the borders of the garden. The performers are bound by the musical patterns embedded in the music, but consistently struggle against those boundaries, creating a long buildup of dramatic tension that refuses to be released until the singer’s final outburst: “Christ! What are patterns for?” 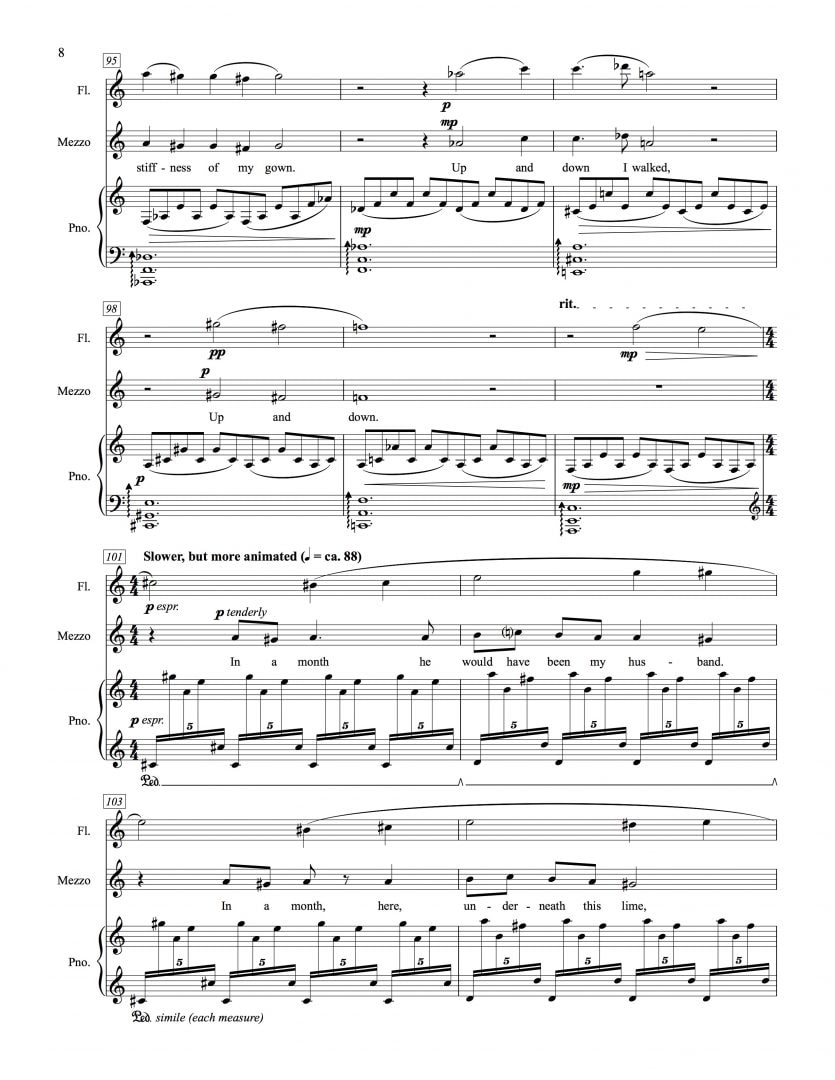