composer’s note: Randall Jarrell’s “Player Piano” is an intensely personal poem, but also one that is suffused with nostalgia. It makes reference to player piano music Jarrell heard in his childhood, a fragment of an old parlor song, a Chopin waltz heard in the distance... In setting this poem as a dramatic scene, I incorporated mechanically-played ragtime-inspired music of the sort that might have been recorded on old piano rolls. I listened to the parlor song referenced by Jarrell once, then wrote down my memory of it a week later, creating a sort of hazy half-remembered version of the song to match the narrator’s hazy memory. I incorporated a bit of Chopin, deconstructing it into a lingering shadow of Chopin’s more full-blooded version.

After weaving all these sources together, the actor mostly delivers his monologue above them by speaking, sometimes in rhythm with the music as things become more involved, sometimes just as narration on top of the music. And then at a few crucial moments, when the emotional content becomes especially intense, the actor bursts into song, joining the piano in its most expressive moments. In this way, “Player Piano” is full of nostalgic remembrances, half-forgotten bits of song woven together into what feels initially like a lighthearted sonic quilt... but also, Jarrell’s text is beautifully dramatic and intense, and the singing actor performing this piece uses that sonic quilt as a backdrop for a rather breathtaking emotional journey. 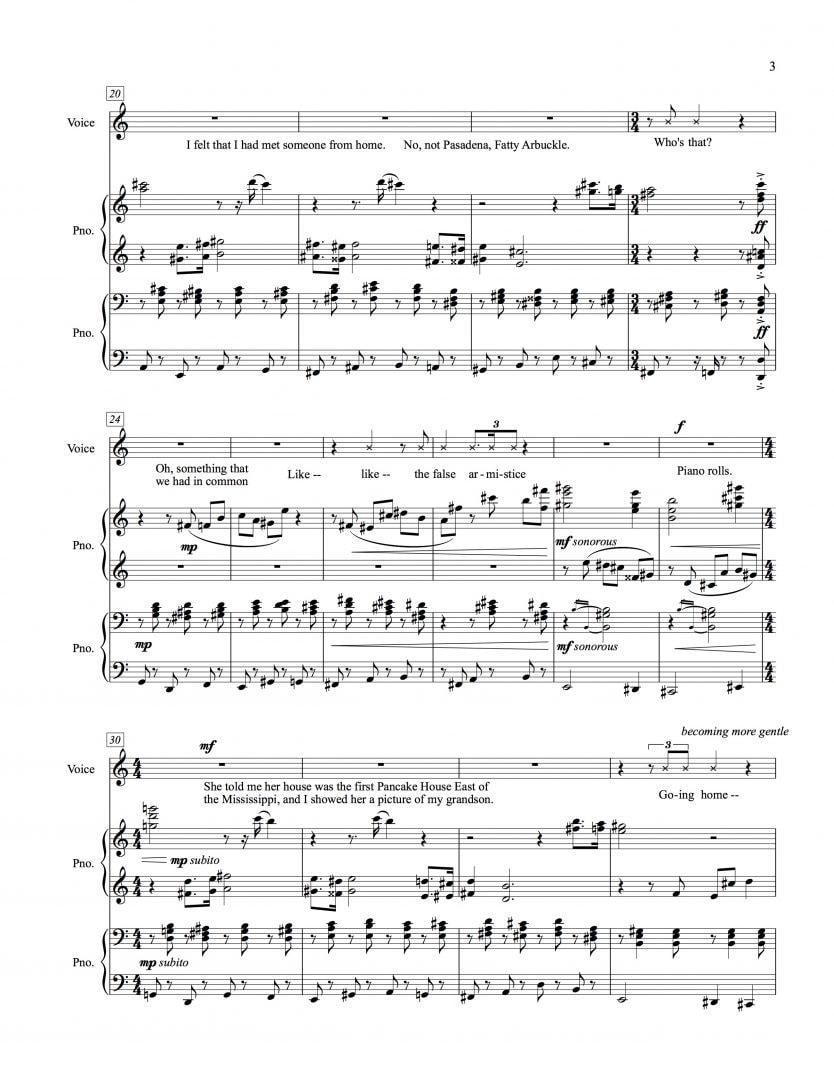