Requiem Humana (text: Kurt Vonnegut)
Secular mass for SATB soloists, SATB choir, string quartet, and mallet percussion; 45' (2001)
​
excerpts, performed by soprano Sara Guttenberg, mezzo-soprano Melanie Kuolt, the University of Wisconsin-Madison Madrigal Singers, and a UW-Madison student string quartet & percussionist, dir. Bruce Gladstone:
composer’s note:  Kurt Vonnegut’s secular re-writing of the traditional Latin requiem mass instantly appealed to me when I first read it in his book “Fates Worse Than Death.” I read in that book that Vonnegut had his words professionally translated into Latin and set to music, which sounds like a wonderful project… but I really wanted to set it in English, to connect directly with English-speaking audiences.  I also wanted to make it a much more directly confrontational work, taking on the traditional Requiem Mass and turning it inside out to make the listener rethink that text.

I adore so many of Vonnegut’s rewritten lines, for instance: “Let not eternal light disturb our sleep, O Cosmos” (because, Vonnegut explains, how are the dead supposed to sleep with all those lights on, when the original says to let eternal light shine upon them?).  So I sought to set Vonnegut’s mass in his own native language, to explore his wonderfully rich and thoughtful “mass” text. And I gave each movement a title in Latin, as a bit of a joke in the spirit of Vonnegut’s love of “the sound of all those Latin words.” This work, “Requiem Humana,” is the result: a quirky, wild, and deeply spiritual setting of Vonnegut’s text as a huge secular Mass.

I wrote this Requiem as my Master's Thesis, and while it's definitely an "early work" with some flaws, this was also one of the first pieces I ever wrote in which I let my emotional & dramatic impulses fly free to their full extent.  And I love it for that. 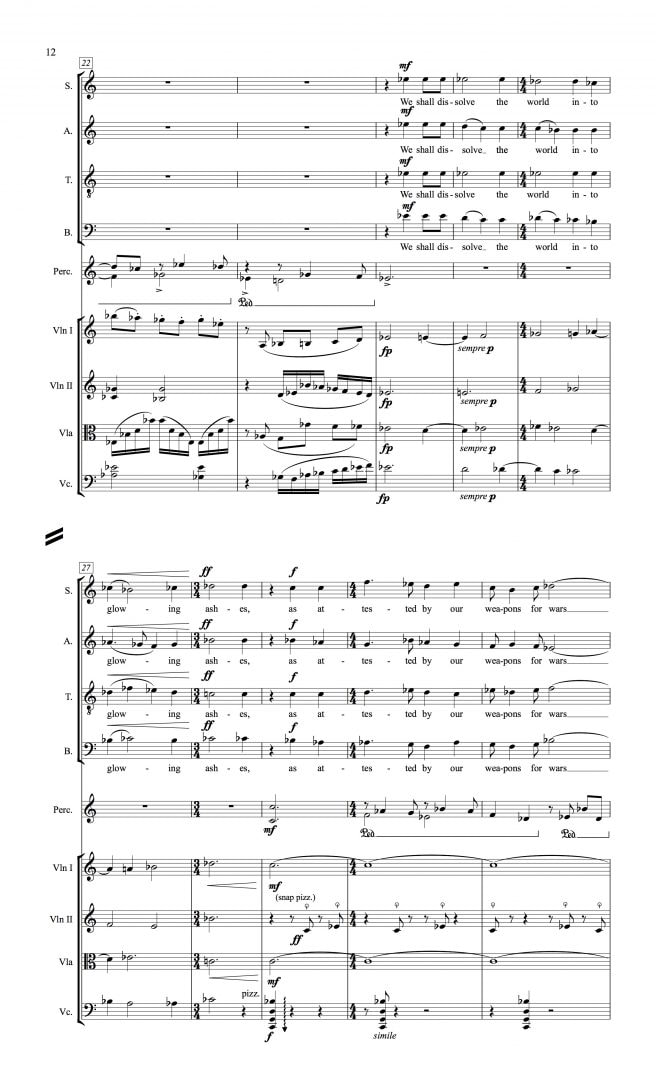