composer’s note:  In writing “Shadow Songs,” I wanted to take advantage of the spare, intimate sound of solo violin and solo soprano, rather than try to compensate for that spareness and hide behind complexity. So the first and last movements, “Hear My Voice” and “Fade Away” are two versions of the same song, a simple folk-like tune that features the low range of the soprano voice, while the violin subtly weaves around that melody in different ways. “Mad Song” is a mad outburst, where the violin, after the understated first song, bursts forth in a virtuosic accompaniment that highlights the voice while also showing its own wild character. “Memory,” which has also been quite successfully performed out of context of the cycle, is based on my favorite (insanely beautiful) unaccompanied violin work, the Andante (third movement) of J.S. Bach’s Sonata #2 in A minor for solo violin. “Memory” takes that famous piece and adds a second melodic figure in the violin that interrupts Bach, in a higher octave, to create a kind of counterpoint between Baroque music and the more modern tonality of that countermelody. And then, the vocal line soars above all of that, delivering the haunting text of William Blake. In this way, the Bach is subsumed into a more complex texture, one that is layered texturally, but also layered with different time periods atop one another. After that intense work, “Fade Away” closes out the cycle in quiet contemplation, a shadow of the songs that came earlier. 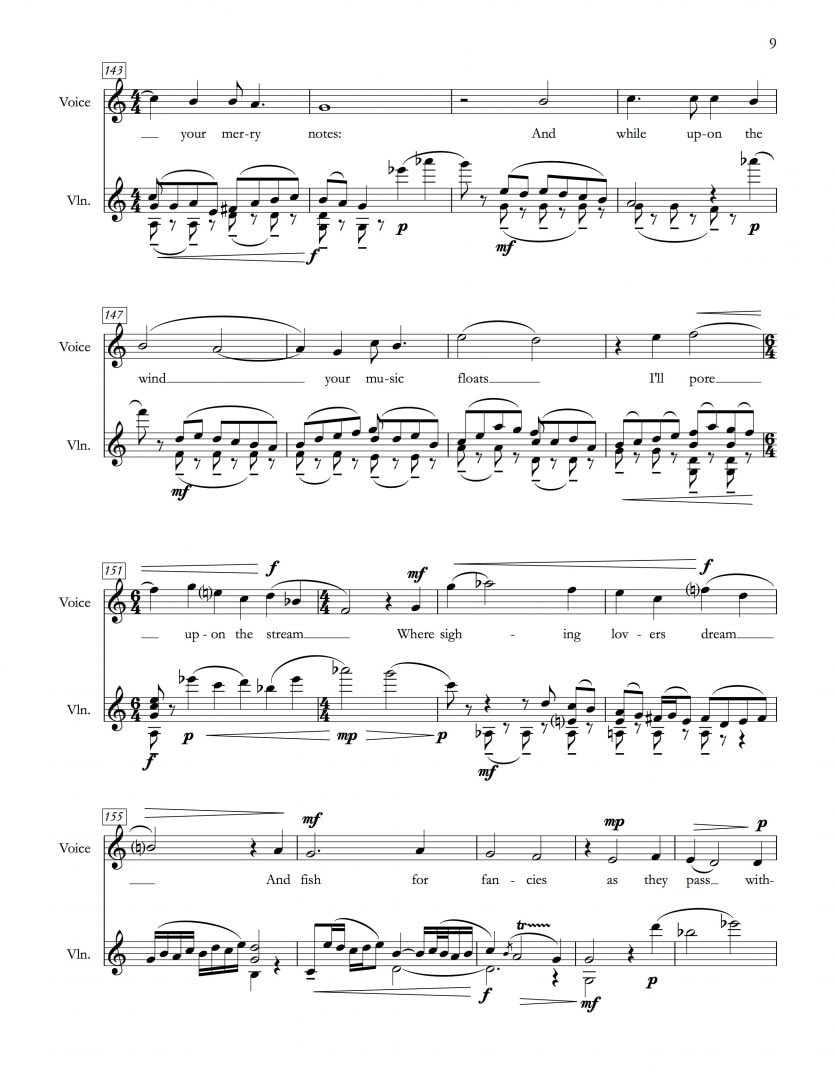