composer’s note:  I spent a fair amount of my early 20s rebelling against what I thought was the composer “establishment.” I had the mistaken notion that everyone was pressuring me to write more difficult, complex music, and that by writing more straightforward music that was focused on beauty, I was being rebellious. There may be a grain of truth in there, but mostly it was a struggle that existed only in my mind. Nevertheless, when I came across this Kenneth Rexroth poem about Spring, I was so moved by it, in part because it’s just a stunning poem, but also because it articulated some of my own frustrations so well: “…It isn’t an image of Something. / It isn’t a symbol of / Something else. It is just an / Almond tree.”

My setting of it, for two sopranos, is about the beauty of two voices intertwining. It’s about vocal lines soaring above some lovely harmonies. It’s about simplicity, grace, and communication. It isn’t a symbol of something else. It is just an art song. 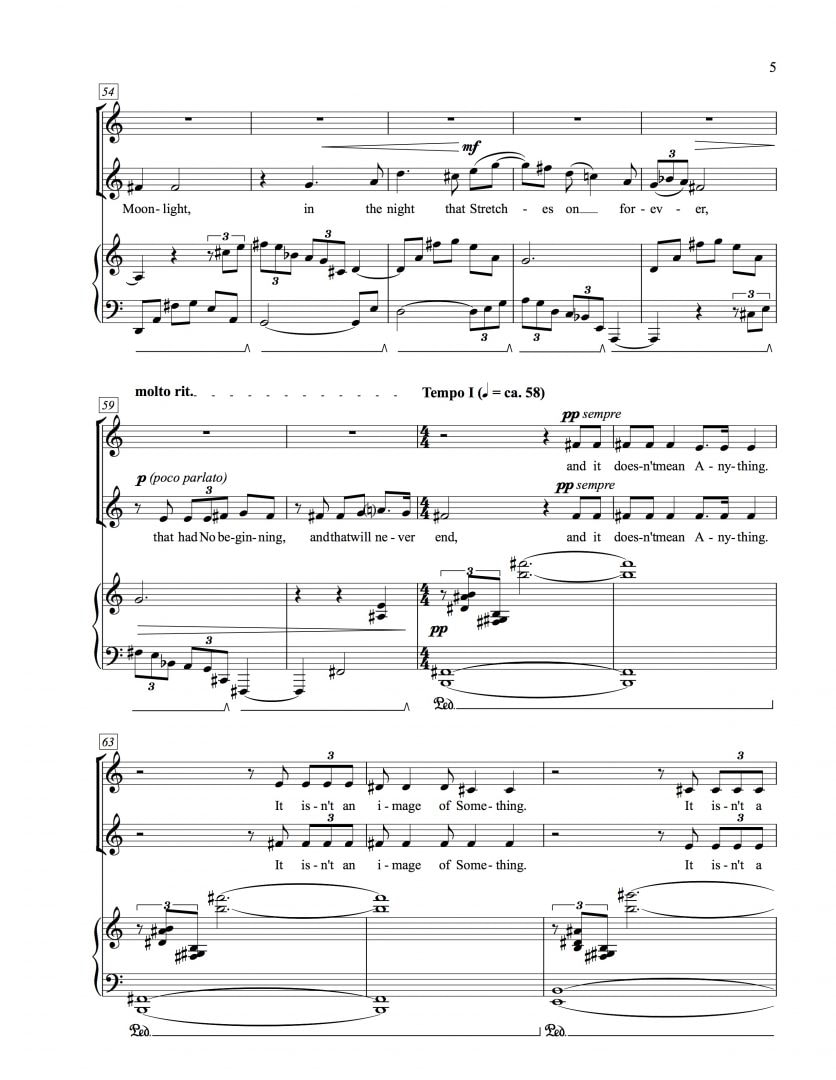