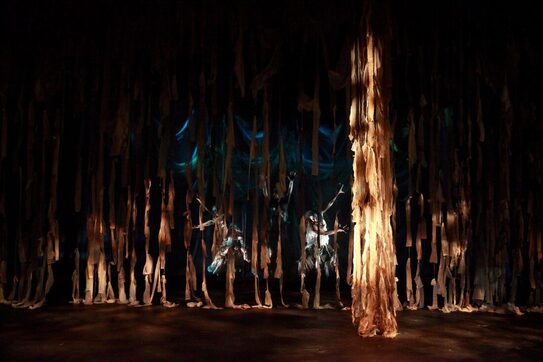 composer's note: I have always loved the old-time, bluegrass, and folk music of Appalachia.  I lived in Southwest Virginia from 2010-2016, and while there, my passion for those rich musical traditions only deepened. Meanwhile, I spend most of my time working in the classical music, theatre, and opera worlds, living a musical career which on the surface seems quite removed from folk music. Classical music is so much about the interpretation of what's written on the page, where folk music tends to center oral tradition and storytelling.  But I have always wanted to unite the two, to make theatrical music in a more "classical" tradition that has the sound and storytelling focus of Appalachian folk music.  UNEARTHED is where I finally get the chance to create that music I've been pondering and dreaming about. 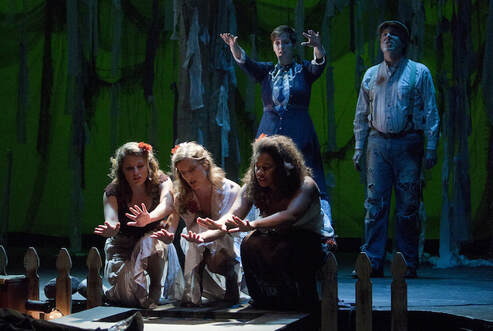 What excites me so much about UNEARTHED is that both Nick Lantz’s incredible writing and the music I’ve created for the show manage to seamlessly combine folk traditions with musical theatre and classical traditions, in a way that feels unified rather than "clever." It’s so exciting to put old folklore and modern artistic ideas on equal footing, to let them interact and play together without one taking precedence over the other! Writing for voices has long been my obsession as a composer, and in UNEARTHED I have been able, for the first time, to work with ALL the different vocal styles I love, from rough and unpolished folk singing, to musical theatre belting, to expansive operatic styles, to lush choral music, and nearly everything in between.  As I wrote the music, it became clear to me that opera, musical theatre, and folk music can all work towards the same artistic goals: to communicate with an audience, and to tell a really good story through the power of text and music.