​selections performed by the Santa Clara University Chamber Singers, dir. Scot Hanna-Weir:
composer’s note: Poet Nick Lantz is one of my favorite collaborators. We’ve worked on a number of huge projects together, most notably the cross-disciplinary operatic / ASL theatre piece Across a Distance and the Appalachian-folk inspired musical Unearthed. While we were creating these large-scale collaborative works, I also developed a deep admiration for Nick’s tiny Twitter poems, of which he wrote one every day for a year. It’s amazing how much character and meaning he managed to stuff into these 140-character-or-less miniatures, and how effectively they draw the reader in.

So when I began setting his twitter poems to music, I wanted to try and create that same sense of compressed meaning in musical format. I especially admire how Nick creates vivid moods and characters in such a short form, and these #dreamsongs seek to do just that, using bold musical gestures and unique vocal ideas to conjure up colorful musical worlds in a very short timespan. But in addition to that, my musical work has the added dimension of being a compilation of eight twitter poems, stitched together into a song cycle. So, while they are miniatures, they are also playing off of each other, creating strong contrasts between styles, and building an overall dramatic arch meant to take the listener on an emotional journey from start to finish. In that way, the audience gets to have their cake and eat it too: #dreamsongs is a 12-minute long choral work with a complex dramatic shape, but #dreamsongs is also a series of concise miniatures that cut right to the heart of eight different musical characters. 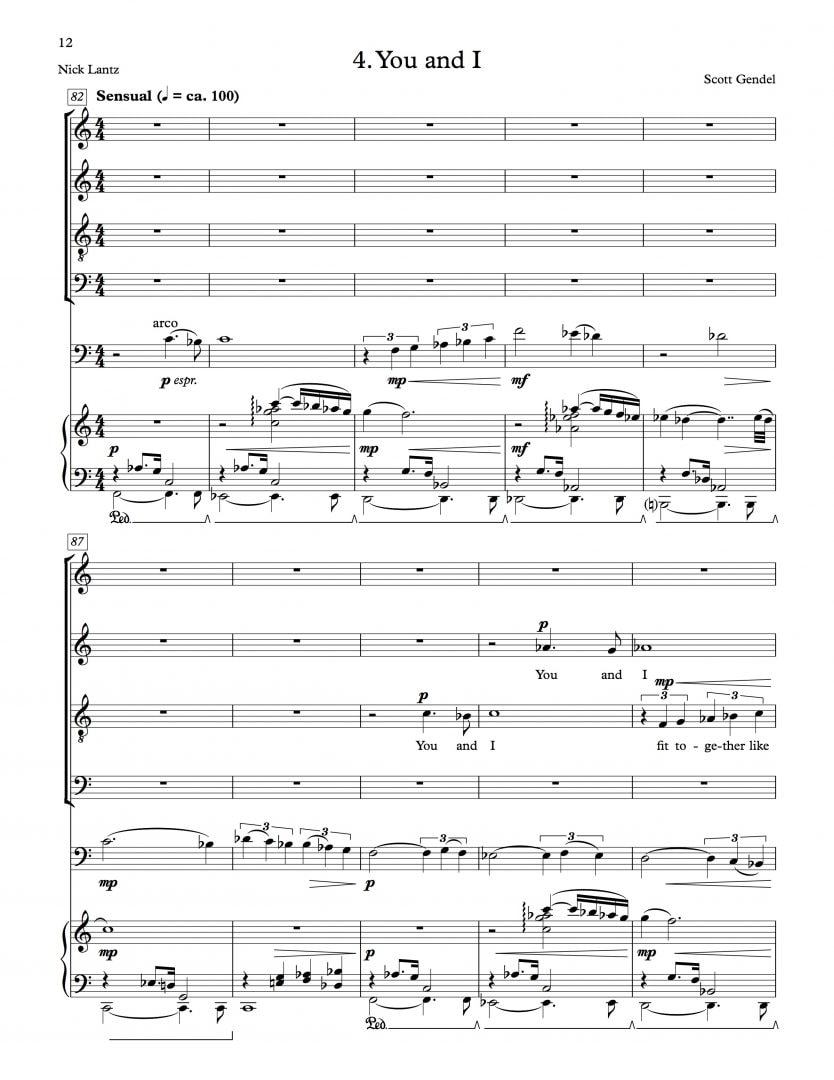